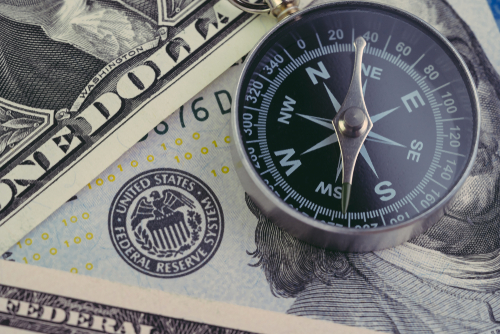 Last Friday, retail sales increased by 0.4% in August, beating expectations of 0.2%. Although, core sales missed expectations of 0.1% and came in flat at 0.0% for last month. Meanwhile, UoM consumer sentiment indicator declined from around 98 points in July to 92.1 points last month in the initial reading. Despite the good reading in retail sales, consumer sentiment seems to be on a downward trend, which the Federal Reserve is likely to consider when deciding upon interest rates this week. The FOMC is expected to cut interest rates by 25bps this week. As the 25-bps cut has already been priced in, investors will keep their eyes on the dot plot guidance.

As the market is expecting good news and progress in the U.S. China trade, there could be more hesitation from the Fed member for any further rate cut as uncertainties from outside of the U.S. is what they have been vigilant for. As the July rate meeting indicates, the members were divided regarding the appropriateness of a rate cut in that month as well as possible cuts going forward. We believe that the committee this time will also show divided views regarding the 25bps rate cut, even if it is warranted by Powell. The dot plot could show a better picture rather than the 25 bps cut. We could see USD move sideways with reduced volatility ahead of the FOMC meeting.

News on Brexit remains the main driver for the Sterling and we saw it edge higher last week as a UK law was passed to effectively bar a no-deal Brexit without the consent of the Parliament, making it impossible for Johnson to crash the UK out of the EU without a deal. Looking ahead, we could see the GBP edge higher on higher optimism after the Democratic Union Party said that it would accept North Ireland abiding by some the European Union rules after as part of a new deal to replace the Irish backstop border, resolving a huge obstacle in the Brexit agreement. That said, we do caution the limited upside and increased volatility for the currency as the Brexit deadline approaches. Elsewhere, the currency’s upside remains limited after Boris Johnson indicated that he will reject any delay offer for Brexit. On the data front, the anticipation of the CPI, PPI, retail sales data and BOE interest rate decision could cause the currency to edge lower.

Last week, EUR edged higher against the greenback driven by better than expected economic data as well as the anticipation of ECB not being able to meet the markets’ dovish expectations. ECB announced that it will be slashing deposit interest rates from -0.4% to -0.5%, where EUR whipsawed before rallying further as the market was pricing in a 15 basis point cut. Meanwhile, it is also the last ECB meeting before President Mario Draghi hands over to his successor Christine Lagarde where ECB is likely to be less dovish after he is gone. Looking ahead, this week, investors will be keeping a close watch on Germany’s ZEW Survey and PPI data as well as Eurozone’s CPI, where missing estimates could put the EUR under renewed pressure.

JPY climbed on the news of the devastating attack on the world’s largest crude exporter. however, the market has also seen a  rise in yields amid firmer optimism on the trade. US Treasury yields were firmly up. The yield on the benchmark 10-year Treasury closed the week at 1.90%, its largest weekly rally since November 2016. On Friday, upbeat US Retail Sales helped build confidence in the US economy and eased off the recession concern. JPY is likely to gain strength further as the market is digesting on the Saudi Arabia attack but later it may still lose its strength as the market is showing firm optimism over U.S.-China trade talks in coming weeks and U.S. economy.

With markets calm for now, the BoJ is leaning towards keeping interest rates unchanged at the Sept. 18-19 meeting even after ECB has launched new QE and warranted 10 bps cut and the Fed is likely to give 25 bps cut hours before the BoJ meeting. Instead of pushing the negative rates further down, BoJ may resort to other innovative tools to prevent slumping global demand from derailing Japan’s fragile economic recovery.

Last week, AUD was generally in a sideways range as investors await fresh developments on the US-China trade talks later this month. Over the weekend, Saudi Arabia's Aramco oil facility was attacked through coordinated drone strikes. The attack shut down approximately about 5% of the world's global oil supply. Unsurprisingly, however, the oil attack left close to no impact on the Aussie as the AUD has a stronger correlation to metals instead.

This coming week, the high impact news that we would be looking out for would be the RBA's policy meeting tomorrow and the Employment details that would be released on Thursday. Should the data be better than expected, we should see the AUD strengthen and possibly take prices out of its range to the upside. For now, we remain neutral awaiting news release.

NZD moved sideways within a range last week as investors were generally more cautious going into this week awaiting ECB’s announcements and even fresh developments on the US-China trade talks. Previously, President Trump said he would be meeting with President Xi later this month to work out their trade agreements. The easing of tensions between the US and China reverberated through the markets as we see some slight relief on both the Aussie and Kiwi. However, local domestic data such as New Zealand’s Food price index which remained relatively unchanged muted any convincing out-performance of NZD.

This week, the only high impact news for the Kiwi would be the GDP data that would be released later on Thursday. Good to note that Economists from NZ's Institute of Economic Research forecasts that actual GDP growth will be lower than the previous survey published in June. The slowing GDP growth is probably due to a decline in private consumption, residential investment and exports. Unless the broad market, in general, shows a "risk-on" sentiment, we do not expect the Kiwi to outperform this coming week. We maintain our neutral view.

Last week, CAD swung back and forth from being under pressure to out-performing the US dollar. This was partly due to the country’s strong correlation to Oil prices. Whereby a new oil minister for Saudi Arabia was announced and he promised to cut his country’s oil output. However, the rise in oil prices was dampened as US President Trump mentioned that he would consider easing Iranian sanctions just to secure a meeting with Iran’s leader Hassan Rouhani.

Over the weekend, however, Saudi Arabia's Aramco oil facility was attacked through coordinated drone strikes. The attack shut down approximately about 5% of the world's global oil supply. Bearing its strong positive correlation with the commodity, CAD responded with a huge gain during Monday's Asian trading session. This week would be quite an important week for the CAD as we have a couple of high impact news lined up for the week ahead. Such as Manufacturing Sales data, CPI data, Core Retail Sales data. We maintain our neutral view as any of these high impact news could provide the catalyst we need to see which direction the CAD would take.

Crude trades below $40 in the shadow of an OPEC+ meeting where Iraq and Nigeria continue to create a point of contention; Doubts on May/June quota extension.