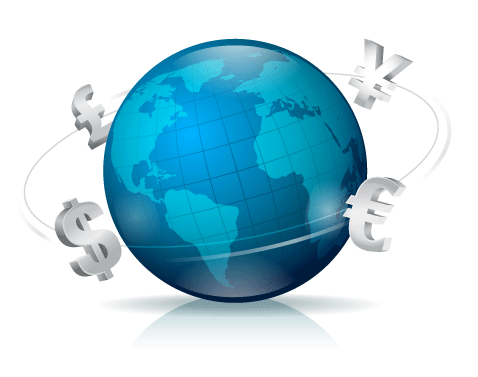 USD reacted little to Friday's Nonfarm Payroll. According to the latest report, job growth slowed in August, but average hourly earnings growth accelerated. Only 130K jobs were created, down from 159K but earnings grew at a 0.4% pace versus 0.3% in July. This was the strongest pace of wage growth in 6 months. Meanwhile, the Fed speakers make it seem that easing may not come that soon.

This past week, FOMC voter Rosengren said: "no immediate Fed action is needed if data stays on track." FOMC voter Williams feels that the baseline for the economy is continuing strong growth and he won't prejudge the outcome of the September meeting. Fed President Kaplan agrees that it is important to continue assessing data ahead of FOMC before judging what type of action to take. However, the Fed futures are telling us that market is betting 100% on a rate cut in September, which is more of a start of an easing cycle.

It’s worth noting that on Friday, Federal Reserve Chairman Jerome Powell's last speech before next week's policy meeting cemented views for another interest-rate reduction. Powell avoided the term "mid-cycle adjustment," and used "the future path of interest rates" -- which was used in the Fed's July statement when it announced the first rate cut since 2008. This could hint that the trade uncertainties are weighing on the Fed's attitude, but overall the Fed is still more neutral than what the market is betting on. This week's retail sale number could still provide support to USD well, and USD could hold its strength there.

Last week, Pound soars to the highest in over a month as traders welcome Johnson’s humiliating defeat after the Parliament tore up his Brexit strategy and denied his request for a snap election, tempering fears of further political turmoil. Looking ahead, for this week, investors will be keeping a close watch on the industrial production, manufacturing production, trade balance and GDP data which could fuel the recent rally should the numbers surpassed estimates. Elsewhere, while an election is still on the horizon, it may not come after an extension to the Brexit deadline has been set, which could reduce the risk of a chaotic Brexit.  We could be seeing the Pound edging higher.

Last week, EUR rallied against the greenback as betting on a weaker euro is slowly losing its appeal with increasing political stability in Italy and a no-deal Brexit scenario off the table. Looking ahead, this week, investors will be keeping a close watch on Germany’s trade balance and CPI data along with Eurozone’s industrial production numbers which could dampen the recent optimism for the currency, should the numbers missed estimates. Meanwhile, ECB’s interest rate decision is also due this week where the market is expecting them to keep interest rates unchanged at 0% while decreasing its deposit interest rate from -0.4% to -0.5%. We could be seeing EUR trade sideways for next week as optimism for the currency fades.

JPY fell on Friday renewed hopes the US and China will resume trade talks, boosting market sentiment. Wall Street closed mixed on Friday, although firmly higher for the week. Treasury yields also edged higher during last week. Last week, Japan released the preliminary estimate of the July Leading Economic Index, which came in at 93.6, while the same estimate for the Coincident Index resulted at 99.8. These numbers hint that the economy continues to underperform heading into the third quarter of the year.

On Monday morning, we have seen the release of current account came 1.65T, slightly below the 1.7T consensus. Bank lending also came lower at 2.1%, below 2.3% market expectation. GDP came in line with expectation at 0.3%. The domestic economy is still influenced by the trade tensions and it seems more stimulus is needed amid uncertainties. While the market is also expecting good news from the trade side firmly, JPY could suffer from it.

LThe AUD ended last week on higher note amid positive news and a risk-on environment. The central bank said on Friday that it will cut the amount of cash banks must hold as reserves to the lowest level since 2007, with the plan to injecting liquidity into the economy to help mitigate the effects of the trade war. Yesterday, China's exports have been reported to have weakened with sales to the U.S being the most affected adding to their already slowing economy. This may just be a preview of what is to come as Australia’s largest trading partner’s  PMIs with major trading partners all go into contraction and outlook on the trade has a higher chance of deteriorating.

RBA Governor Lowe somehow admitted in an interview last Friday that the Central Bank is slowly headed towards an interest rate setting near zero, making the prospects of QE possible. This could keep a cap for AUD in the long run.  This morning, the home loan increased by 5%, upbeat the consensus of 0.5%. This data could provide some short-lived upside for AUD, in line with the RBA’s confidence that the property market would be one of the main drivers for Australia’s recovering economy. AUD could edge up on the news for a while before rate cut concern revives.

During the weekend, China released its August month trade data. While the headline Trade Balance lagged well behind $43.00B to $34.84B, Exports (YoY) slumped -1.0% versus an expected rise of 2.0% while Imports weakened to -5.6% from -6.0% forecast. It should also be noted that China's exports to the US fell by16% YoY following a 6.5% drop in July while the imports from the US weakened 20% on a yearly basis. The rate cut bet by the market is still around 66% for a November cut, which can cap the Kiwi dollar's upside.

This week NZD will have a light calendar schedule, except for Business NZ Manufacturing Index due on Friday. Investors will follow closely on the trade progress, as optimism revives on Monday with investors expecting more detailed for the coming October meeting.

Last week, improved market risk sentiment with Hong Kong’s months of unrest finally looking like it's about come to an end with the withdrawal of the contentious extradition bill along with the Parliament blocking a no-deal Brexit are some of the major events that have helped to prop market risk sentiment higher. Meanwhile, BOC’s signal that the next rate cut might not come so soon as “the current policy rate provides sufficient stimulus to offset trade headwinds and current stance is consistent with hitting the 2% target over a 2-year horizon” helped to fuel the rally as the market was expecting a more dovish stance.
Looking ahead, this week is a light calendar week for the currency and we could be seeing the currency edge higher, supported by rising oil prices as the Saudi King replaces energy minister Khalid Al-Falih with one of his sons, a sign that the kingdom could be more committed to boosting oil prices.

Crude trades below $40 in the shadow of an OPEC+ meeting where Iraq and Nigeria continue to create a point of contention; Doubts on May/June quota extension.