Home / Blog / Education / The Role of Market Psychology: How Does Fear and Global Panic Affect Traders?

The Role of Market Psychology: How Does Fear and Global Panic Affect Traders? 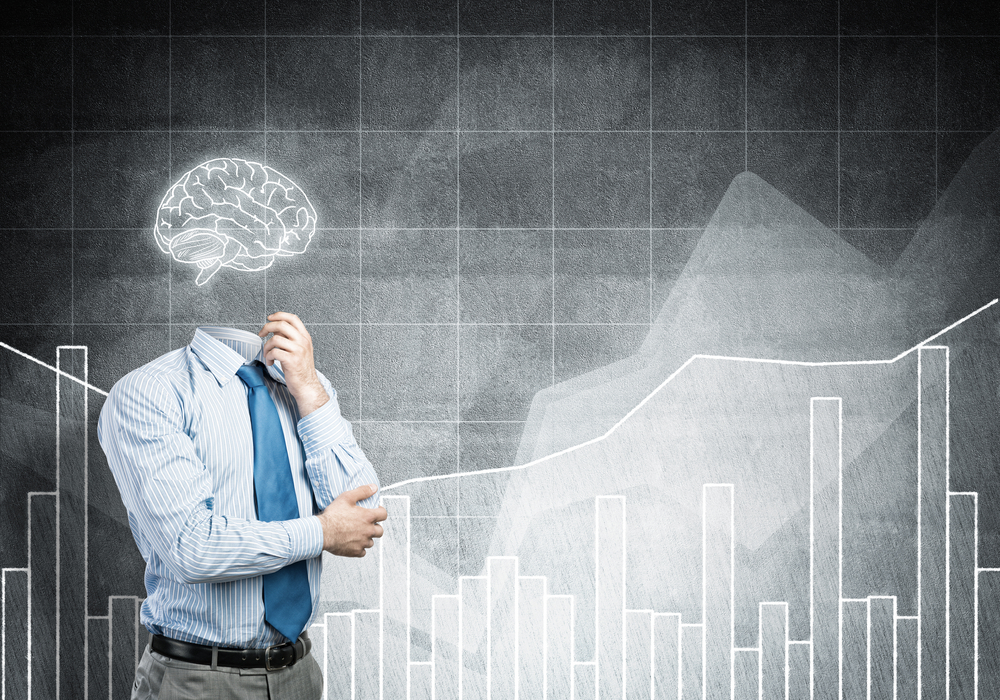 A leading expert in trading analytics, Dr Michael Berman, CEO of Sydney-based analytics platform PsyQuation, weighs in on the role that psychology plays in market patterns during times of global panic.

When children get their first lump of cash, their first instinct isn’t generally, “I should invest this,” but a young Michael Berman, co-founder and CEO of Australia-based trading analytics company PsyQuation, took the money he got as gifts from his Bar Mitzvah and did exactly that. “I was 13 years old and my mother was getting tips from her bridge club. That was my first taste of trading,” he laughs. By the time he was in his twenties, Michael was the director of a public company in South Africa. “It was going well, but we were on the right side of an interest rate decline and property was going up. There’s a strong correlation there. I started saying to myself, ‘We’re enjoying a great cycle now, but interest rates go up and down. They’re cyclical. What’s going to happen when they go up? We’re going to start losing money.’”

Now 48, Michael and his business partner Vladimir Krouglov are based in Sydney where they run PsyQuation. The platform analyses a trader’s skill based on multiple factors rooted in the trading data that is inputted by the user. “Traders are human beings and we know humans make mistakes,” explains Michael.  His algorithm, called the ‘PsyQuation Score,’ takes these human elements into account to provide risk assessment analyses. “It tells you objectively if you are a good or bad trader, relative to a more universal trader,” he sets out. “So, we’ve got a very large database with over 150,000 trading accounts. And, based on that, we can figure out your score from the way you trade.”

Given the global fallout happening in international markets as a result of COVID-19, accurately predicting how savvy investors are could not be a more relevant skill. With a background both as a trader himself and as a psychologist studying the behaviour of those working in the markets, Michael first got into the psychology of an industry that’s typically seen as just numbers thanks to his own experiences. “I was noticing a lot of things within myself as I was trading. As you’re making money, you get into the flow. But then you start losing money and getting down in the dumps. I started examining everything that I was doing.” It was when he decided that he needed help that his own rather winding journey led him to discover a distinct lack of assistance on offer. “In South Africa, there was no such thing as a trading psychologist at the time,” he explains. “When I started looking for one, I went to the Medical and Dental Association, and they’d never heard of such a thing. One guy said, ‘Let me give you the number of an industrial psychologist who focuses on peak performance.’ So, I phoned this number up and described exactly what I was looking for. He says, ‘You know what? I’ve got just the guy for you.’ And that’s how I landed up at a sexologist instead.

Michael’s first go at grading traders via a system based on his knowledge and data collection was launched in Sydney. “We had a company called RAPA, which stood for ‘risk and profit analyser.’ We came up with an algorithm that measured traders’ skill and sold that company in 2015.” Then, he asked himself, “Can we come up with a new, even better way of understanding what makes a trader good or not?’ That’s when we came up with the ‘PsyQuation Score’ algorithm.” The analytics software platform specialises in risk, performance and behavioural robo-advice and gives traders on PsyQuation a score out of 100 after they input their history of stock investments. “That’s our flagship at the moment – anyone can very simply plug their trading record in and be given a score,” he explains. “It’s a learning database looking for characteristics of what defines a successful trader, so the most common question we get from people is ‘What do I need to do to make my score better?’ or ‘I disagree with your score because I’m actually so great.’ But we’ve proven that people with high scores do tend to produce better returns going forward as it’s based on calculated risks.”

Having provided traders with a score for their skills, PsyQuation puts their money where their mouth is by investing in those who rate highly on its system. So far, they’ve provided funding to 140 traders from the platform – about 1% of their total users. “They get up to AUD 350,000 each from us, and go through three phases: incubation, acceleration, and the third phase is called the pro-phase. So, people who’d literally otherwise have no chance of raising significant amounts of money could be managing millions of dollars in a short space of time. It evens the playing field.” Among the 140 users who have been chosen by PsyQuation’s internal investors, there are people from all walks of life who have scored exceptionally on the open platform – from farmers in Thailand to a welder in the Netherlands, medical doctors to engineers, along with those from more expected professions, like hedge fund managers.

Given all of the above, his read on the current situation of a market in freefall must be in demand. “Fear and greed are essentially the two primary things that drive trading psychology and discipline is enormously important,” he says, explaining that people tend to try to explain market dips by linking them to events that happen around the world. “People love to put a narrative to a particular price story. Since a couple of weeks ago, they have been correcting in the US and around the globe, selling off heavily and everyone’s talking about how this is all due to the coronavirus.” But, as he sees it, this is part of a natural, constantly turning cycle. “Markets oscillate between these two extremes, between overvalued and undervalued. There’s this constant battle of trying to find what’s fair value, what’s equilibrium. If it wasn’t coronavirus, it would have been ‘Trump said something silly’ or climate change.” And, for all his powers of prediction based on data, he acknowledges that, at the end of the day, good old fashioned luck accounts for a lot of the success he’s seen. “You know, there are people who are going to have great results through no greatness of their own. It’s just pure luck. We all know that, in life, luck is a huge component.”