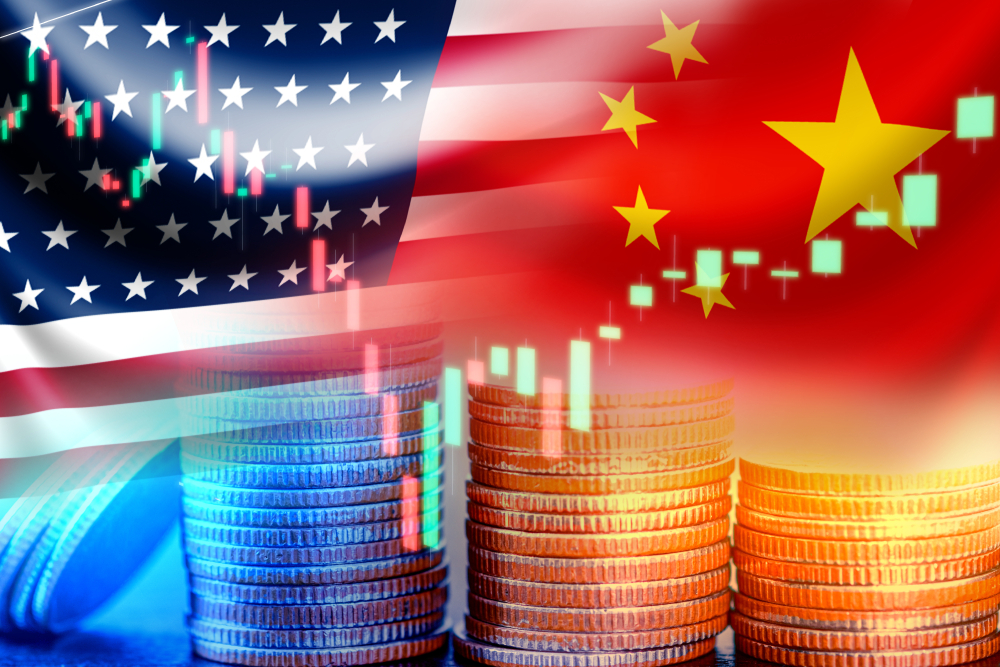 USD regained strength alongside with Treasury yields as U.S-China trade optimism continued. U.S. Reuters reported that China and the United States must simultaneously cancel some existing tariffs on each other's goods for both sides to reach a "phase one" trade deal, relieving concerns on the global economic growth. Data also helped USD to pare losses. Thursday's unemployment claims fell more than expected, consistent with strong labour market conditions and continued job growth. Friday's prelim UoM Consumer Sentiment also came almost in line with expectations - 95.7 vs. 96.0 expected. This week's CPI and core retail sales numbers will give more hints about the U.S. economy. If the data prints give the market upside surprise, it will add on to USD rally.

The Sterling held steady through the week before plunging on BOE’s interest rate decision as 2 out of the 9 members voted for a rate cut while the BOE Governor Carney paved the way for rate cuts ahead on a more pronounced slowdown in the UK economy. According to a report by FXStreet, Governor Mark Carney stated that “if downside risks emerge to the UK economy there may be a need to provide reinforcements, but this is not pre-committing.”. Elsewhere, the latest YouGov polls indicated a drop in support for the Conservative Party while the Lib Dem catches up, fueling the currency’s decline. This week, on the data front, investors will be keeping a close watch on the trade balance, GDP and manufacturing production, unemployment, CPI, PPI and retail price index data where missing estimates could extend the currency’s decline.

EUR edged higher last week, driven by the recent trade optimism and positive surprises in the Eurozone data. This week, investors will be keeping a close watch on Germany’s ZEW survey, CPI and GDP data as well as the Eurozone’s ZEW survey, CPI, trade balance, GDP, industrial production and employment numbers where falling short of estimates could cause the currency to pare recent gains.

Earlier on Monday, Japan posted a current account surplus of 1.61 trillion yen (15 billion USD) in September, a solid print but down about 2.1 billion dollars from a year earlier. Meanwhile, Japan's core machinery orders fell 2.9 percent in September from the previous month, down for a third straight month. Compared with a year earlier, core orders, which exclude those of ships and electricity, grew 5.1 percent in September, versus a 7.9 percent year-on-year gain seen by economists in a Reuters poll. The data front still shows that the economy is growing at a slower rate than expected. However, JPY could benefit from trade tensions this week after President Trump on Friday said he has not agreed to rollbacks of U.S. tariffs sought by China.

The AUD moved sideways over the course of last week despite RBA leaving rates unchanged. This could be due to the weaker than expected China Caixin Services PMI data being released earlier this week. Further, there was mixed news coming out with regards to the US-China trade deal. With initial reports saying that there is a possibility of no deal being reached. However later in the week, it seems that both countries are agreeable to remove certain tariffs followed with a partial signing of the trade deal taking place only in December. This week, we have several key economic data releases such as NAB’s business confidence and domestic employment change data. Further during Monday’s Asian open, the AUD slipped lower as President Trump says that the US has not agreed to roll back all tariffs on Chinese products. In light of global trade uncertainty and confusion, investors would do well to observe from the sidelines.

The NZD weakened significantly across the board. This was due to the mixed sentiments coming out of the US-China trade deals coupled with disappointing domestic employment data release. Further, market talk is saying that the Kiwi faces more downside risk with RBNZ’s review of its domestic official cash rate. This week, there will be key announcements such as domestic inflation expectations, RBNZ’s interest rate decision along with its monetary policy statement. While economists are betting on a fresh cut of the rates, about a third of investors surveyed is betting that rates will be left unchanged. Market participants should follow closely news related to global trade deals to get a clue of where the NZD would be headed.

The CAD traded sideways most of last week despite weak domestic data. The drop of the CAD was stalled and largely muted due to rising oil prices. Oil gained this week as investors took into account the mixed signals coming from the prolonged US-China trade war that has undermined global crude demand. As there are no high impact news coming out for the CAD this week, we turn and look to the oil market for clues. Market observers are saying that the renewed trade optimism could cause the CAD to strengthen. However, OPEC and its allies have made clear that they would not make deeper cuts to the oil supply. This constant supply of oil should keep oil prices constant and in turn also keep the CAD moving within its range.

Devastated energy complex hoping for reprieve amid reports of China SPR buy-up; Action in US Repo market; What to do with the market’s Problem Children?