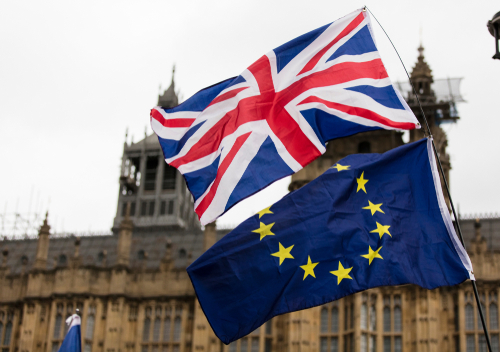 USD continued to weaken after the Fed warranted the third cut this year on Thursday. Powell repeated that the stance of policy was now “appropriate” to keep the economy growing moderately, the jobs market strong, and inflation near the central bank’s 2% goal. But the economy could slow more than the Fed expects if businesses begin to chop payrolls like they’re already doing with capital investment. Nonfarm Payrolls in October increased by 128,000 following September's reading of 180,000 (revised from 136,000) and came in stronger than the market expectation of 89,000. This number has relieved some pressure from USD and market is still watching closely on more economic data including this week’s  ISM Non-manufacturing PMI number and Prelim UoM Consumer Sentiment, which might add on to USD drop if they fail market expectations.

Pound edged higher on a broad dollar weakness and renewed Brexit optimism as the EU agreed to extend the Brexit deadline, easing concerns of a no-deal Brexit. Meanwhile, the currency's rally is also supported after reports pointed to a clearer run at an overall majority for the conservative party in the December general election. Looking ahead, on the data front, investors will be keeping a close watch on its Construction PMI, Retail Sales data as well as BOE's interest rate decision due next Thursday. Positive surprises from the data could fuel the  Sterling’s recent rally. That said, we caution the volatility of the currency as Brexit’s saga remains in focus and any impact from the data could be short-lived.

EUR rallied against the greenback this week on a broad dollar weakness as the market priced in a Fed rate cut. Meanwhile, the Brexit optimism and Germany's PMI data recording a 0.1%  growth, ahead of a 0.0% estimate also helped to fuel the recent optimism. Looking ahead, EUR could extend it rally as investors anticipate a slew of economic data, with Germany's PMI, factory orders, Industrial production data and Eurozone's PPI, Retail Sales, Manufacturing and Services PMI in focus.

The Bank of Japan kept monetary policy steady on Thursday as expected but gave the strongest signal to date that it may cut interest rates in the near future, underscoring its concern that overseas risks could derail a fragile economic recovery. This gave JPY some short-lived relief but concerns grow over the possibility of further negative rate. On the trade front, the Chinese Commerce Ministry on Friday said the world’s two largest economies had reached “consensus on principles” during a “serious and constructive” telephone call between their main trade negotiators. U.S. side also said they made progress aimed at defusing a nearly 16-month-long trade war and U.S. officials said a deal could be signed this month. If this optimism could be well supported by more details, JPY could continue the drop.

Despite weak economic data coming out from China last week, the AUD edged higher due to better than expected domestic data. Further, RBA’s governor mentioned that the previous rate cuts over the year has helped support the Australian economy at this turning point in economic growth. This week, we will have RBA interest rate decision and retail sales data release. Further, we have the supposed US-China signing of a tentative trade deal that would appease hard-liners on both ends. If all goes according to plan along with hawkish announcement from RBA, the AUD could possibly strengthen further.

NZD edged higher last week due to improving domestic economic data showing that businesses are more optimistic and an overall increase in domestic housing demand. The actual data of NZ’s building consent outperformed by nearly 5%. This key indicator shows that there is a much higher demand in the domestic housing market than expected. This week, we have key NZ employment change data. In light of geopolitical and trade tensions, a better than expected reading should further support the NZD. Else, NZD could weaken in light of mixed market sentiments.

The CAD weakened significantly last week despite BOC’s decision to leave rates unchanged. This was also because BOC downgraded its growth outlook and emphasized risks of global trade conflict and uncertainty. Further, oil inventories are facing a supply glut, putting further downward pressure on the CAD. This week, we have Ivey’s PMI and employment change. Market participants would prefer to adopt a “wait-and-see” approach given uncertain global trade risks and further uncertainty.