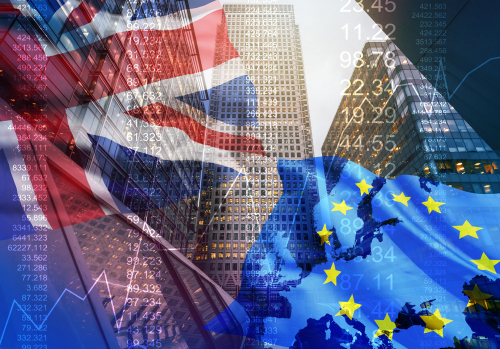 The dollar has been on a downward trend last week as more data failures deepen concerns about growth. Last Tuesday, the number of retail sales disappointed the market with -0.3% compared to the 0.3% growth expected. The market is now betting that 84% probability of another FOMC rate cut in October. Although this should be more of an insurance cut than the start of an easing cycle, it suggests that the US economy may be weaker than people think, and trade wars have been damaging the economy. Core durable goods orders data is due this Thursday; if it fails to meet expectations again, the dollar's decline can be accelerated. Flash manufacturing and service PMI, to be released later on Thursday, are unlikely to impact USD that much unless there are significant data surprises.

Pound retreated from its recent highs after a cross party group of Politicians voted to postpone the vote on UK Prime Minister Boris Johnson’s divorce deal and forced him to seek an extension to the current Brexit deadline on 31 October. Looking ahead, we could see the Pound edge lower as a delay of the Brexit deadline could open doors to a UK general election, which could lead to a second referendum. That said any downside could be limited as chances of a hard Brexit are also extremely slim. Investors would also have to balance the recent disappointment from the delay with the likelihood of an eventual deal which could see the Sterling remain supported. Elsewhere, Johnson will ask the House of Commons to back his deal with the EU in a new “meaningful vote”, a test he was denied on Saturday after lawmakers voted in favour of an amendment that sought more time for the agreement to be scrutinized. Ministers have insisted that it now has the backing of 320 members of the Parliament needed to get it through. Should this be true, we could see the Sterling extending its rally on growing optimism that a Brexit deal is finally becoming a reality. Meanwhile on the data front, it is a light calendar week for the Sterling and we are not expecting any big impact data releases.

We could see an increase in volatility in the EUR as all eyes remain focused on the Brexit outcome. On the data front, investors will be keeping a close watch on Germany’s PPI, PMI, IFO Business Climate data and the Eurozone’s PMI data as well as ECB’s interest rate decision where anticipation of the data releases could put the currency under renewed pressure.

Safe havens, including JPY and CHF, continued their drop last week. The yen fell as trade tensions and fears of Brexit were alleviated. But the risk still exists because the U.S. and China have not signed an agreement, and Brexit turmoil hasn’t reached the end. Although the chances of a hard Brexit look slimmer after Boris Johnson sent a letter to the E.U. asking for Brexit extension on Saturday. The market still shows optimism over the trade talk and Brexit for now as U.S. Treasury yields steady, and Gold continues to head south. JPY is likely to lose investors’ favor as the optimism persists. But with no further details being released, investors still cautiously watch on the headlines. On the data front, JPY investors will be keeping a close watch on Kuroda’s speech this Tuesday for more signals on the easing cycle.

Last week, the AUD continued marching higher riding on positive news and progress from the US-China trade talks. Further towards the end of last week, it seemed that globally investors were starting to take a “risk on” sentiment as UK prime minister Boris Johnson announced that he had struck a deal with the EU. These factors, contributed to the strengthening of the AUD.

This week, at the start of Monday’s Asian trading session, the AUD changed little as traders scrutinize comments from PBOC’s governor Yi Gang mentioning that the CNY is at an “appropriate level”. With no further high impact news this week, investors should continue to monitor US-China trade talks for further developments. Market participants are mixed on the AUD as they try to understand the PBOC governor’s statement early Monday morning.

Last week, NZD drifted higher and was even one of the better performing currencies against the USD among 15 major currencies according to Bloomberg. This week however, according to economists, they believe that the Kiwi is oversold and that the Kiwi is “due for a short squeeze, especially as RBNZ pauses to let the impact of looser monetary policy feed through to the real economy”. Later this week, we have NZD’s credit card spending and trade balance data being released. If data is positive, market participants expect to see NZD moving higher over the shorter term. Otherwise the focus would still be on the trade/brexit headlines that would drive the currency. In such environments, market participants would prefer to stay by the sidelines.

Last week, the CAD strengthened further, breaking its technical support against the US Dollar. This was not because the CAD was strong, however it was attributed more to the USD being weaker. This decline in the USD was due to the progress of the US-China trade talks and the US FED expanding its balance sheet. Oil prices however opened lower during the Asian trading session this Monday morning. This was due to concerns about a slowing global economy and abundant crude supplies. Later this week, we have key events such as Canada’s core retail sales data and BOC’s business outlook survey. Market Investors are looking at the data release before deciding if they should load up or reduce their holdings on the CAD.

Keep track of all the most important events, news releases and market indicators with AxiTrader's Forex Economic Calendar.