Weekly Preview: FOMC this Thursday to expect the first rate cut in a decade 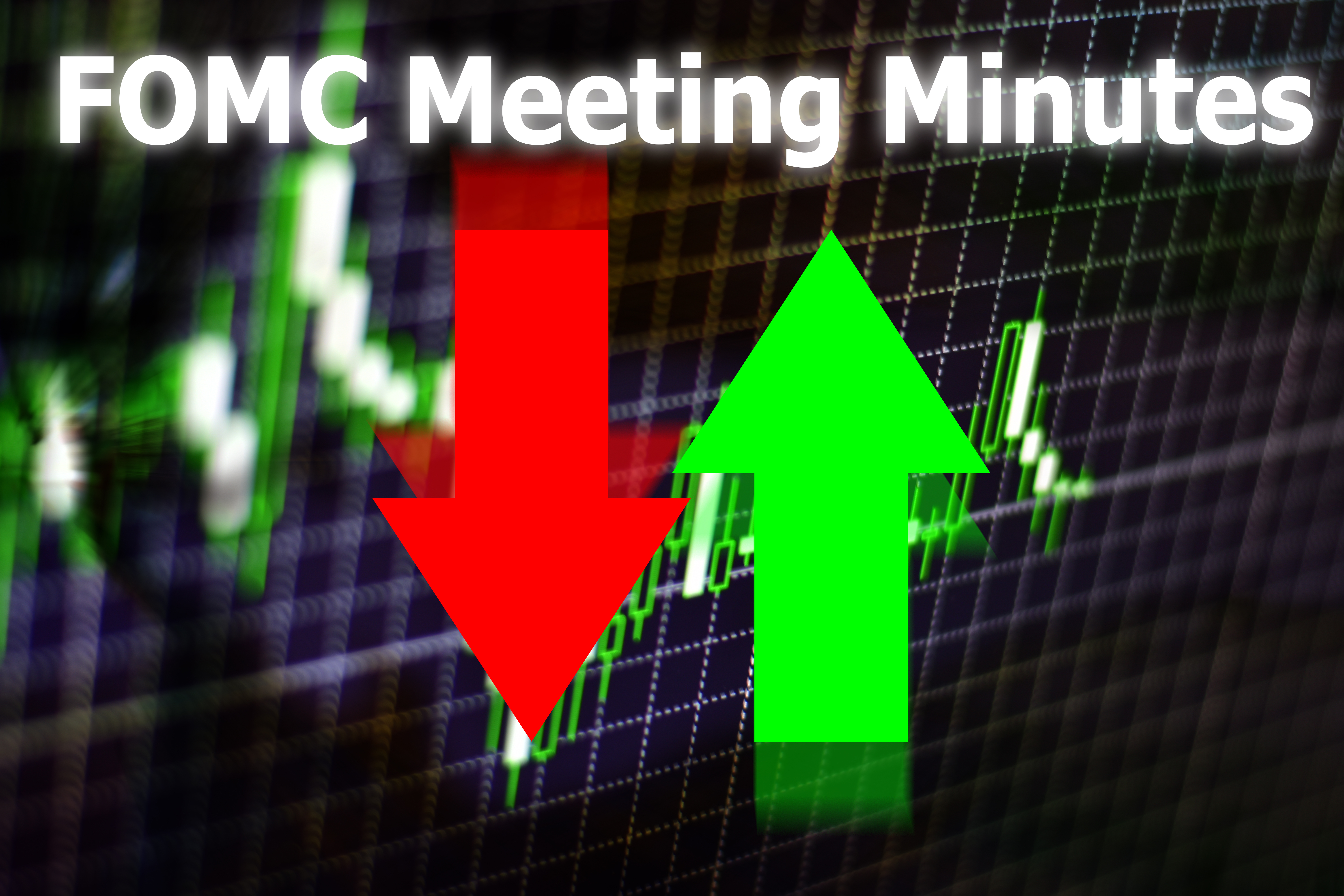 Last week has seen the USD rally against most of its G7 peers due to recent upbeat economic data. Solid economic data has led investors to believe that this July cut could be a one-off 25bps insurance cut. With the FOMC rate meeting due next Thursday, the market price action has shown the investors are still confident of US economic growth.

Last Friday released the preliminary estimate of Q2 GDP, which came in better-than-expected at 2.1%, hinting a less aggressive stance from the US Federal Reserve. Yields remained around Thursday’s high, as the news pretty much confirmed market’s speculations that the Fed is likely to give a one-off 25bps cut to protect the economy from uncertainties. The increase in real GDP in the second quarter reflected positive contributions from personal consumption expenditures (PCE), federal government spending, and state and local government spending that were partly offset by negative contributions from private inventory investment, exports, nonresidential fixed investment and residential fixed investment. Imports, which are a subtraction in the calculation of GDP, increased. USD could still edge up ahead of Tuesday’s Consumer Confidence and most importantly Thursday’s FOMC statement.

Sterling held steady last week as Boris Johnson took office before paring gains this week as he filled his cabinet with Brexiteers, raising concerns over a no-deal Brexit and a snap general election. Looking ahead, we lean towards a bearish view for the currency as the Brexit deadline looms. Johnson had previously pledged to deliver Brexit by 31 October with or without a deal and he would have to deal with the same problems that May faced in the Brexit deadlock. Meanwhile, senior aide Dominic Cummings saying that the divorce will happen by "any means necessary," according to the Sunday Times. Elsewhere, Johnson is prepared to suspend the Parliament or hold an election to thwart those that may get into his way, increasing risks of a no-deal Brexit. On the data front, investors will be keeping a close watch on the GFK consumer confidence data and BOE interest rates decision which could fuel the currency's decline.

GBPUSD is testing its support level at 1.2370 which coincides with a horizontal swing low support and 100% Fibonacci extension level. Stochastic is also approaching support.

EUR rallied against the greenback last week as ECB announced their decision to hold interest rates steady at 0% before retracing on Mario Draghi's dovish stance, indicating that "It's getting worse and worse in manufacturing, especially, and it's getting worse and worse in those countries where manufacturing is very important". Looking ahead this week, the anticipation of a 25bps Fed rate cut could prop EUR higher against the greenback though the data ahead might keep a lid on any rally. On the data front, investors will be keeping a close watch on Germany's retail sales data, Eurozone business climate data, GDP, CPI and unemployment rate data which could put the currency under renewed pressure.

Asian stocks dipped at the start of an event-filled week that features the resumption of U.S.-China trade talks, an expected Federal Reserve interest-rate cut, further corporate-earnings releases and the monthly American payrolls report.The dollar is still moving up as market expects a less dovish stance from the Fed after Friday’s GDP upbeat.Investors will be picking through any developments on trade as Chinese and American negotiators gather Tuesday for two days of talks, three months after negotiations broke down.

Japanese yen trades marginally higher after retail sales data. Japan June retail sales came this morning  at 0.5 pct y/y vs 1.3 pct previous release (expected 0.2 pct). The market remains risk-off as the expectations for progress during the two-days U.S-China meetings are low. U.S. and Chinese trade negotiators shift to Shanghai this week for their first in-person talks since a G20 truce last month, a change of scenery for two sides struggling to resolve deep differences on how to end a year-long trade war. President Donald Trump said on Friday that he thinks China may not want to sign a trade deal until after the 2020 election in the hope that they could then negotiate more favorable terms with a different U.S. president. Safe haven could still benefit in this dollar-strengthening week.

The RBA Governor, Philip Lowe, spoke in Sydney last week on Inflation Targeting and Economic Welfare where his comment that it is “reasonable to expect an extended period of low-interest rates” seems to have hammered the message of a lower for longer interest rate environment, pressuring the Aussie to the downside. This week, resumption of US-China talks provides another potential risk catalyst. However, risks are balanced to the downside as market’s cannot shake off the pessimism considering the tall order of breaking the deadlock of the two side’s demands. Bloomberg ran a weekend article which noted that China’s sticking to its three key demands: “The immediate removal of all existing tariffs, a balanced agreement, and realistic targets for additional Chinese purchases of American products.” The article also outlined the U.S. requirements. “Among the U.S.’s demands are structural reforms to China’s economy, greater protection of intellectual property rights and a more balanced trading relationship. Secretary of Commerce Wilbur Ross on Tuesday said Trump’s objective is to get “a proper deal.” All focus this week will be the Australian CPI print. “Rising oil prices over the qtr are the main driver for higher headline CPI. A pick-up in annual private health premiums, rising airfares and the increase in tobacco excise suggest risks to the upside. Core inflation at 0.4% q/q is consistent with the RBA’s forecasts so few implications from this forecast.”

AUDUSD is approaching its support at 0.6895 100% Fibonacci extension, 78.6% Fibonacci retracement.

Following its decline to become the worst G10 pair of the week, NZD traders modestly unchanged at the start of the week’s Asian session on Monday. Despite producing better than forecast trade numbers, the Kiwi couldn’t confront the King Dollar amid expectations of a less severe rate cut from the US Federal Reserve and upbeat GDP data. It should also be noted that sluggish prints of forward-looking Australian employment statistics and dovish comments from the RBA Governor also weighed on the NZD. On the trade front, the US delegation of negotiators led by the Trade Representative Robert Lighthizer and Treasury Secretary Steven Mnuchin will discuss the matter for two days with Chinese diplomats starting Tuesday. Both the sides seem less energetic after a 3-month halt to talks. Not only trade talks in Beijing but monetary policy meeting by the US Federal Reserve also increases the importance of the month-start week.

The CAD has been largely affected by oil price with it falling this morning  after Iran described emergency talks on a multi-party nuclear agreement with a group of signatories as "constructive", suggesting an easing of tensions in the Middle East. US West Texas Intermediate crude was down by 12 cents at $56.08 a barrel. An emergency meeting with parties to Iran's 2015 nuclear deal was constructive but there are unresolved issues and Tehran will continue to reduce its nuclear commitments if Europeans fail to salvage the pact, Iranian official Abbas Araqchi said on Sunday. "The atmosphere was constructive. Discussions were good. I cannot say that we resolved everything, I can say there are lots of commitments," Araqchi, the senior Iranian nuclear negotiator, told reporters after the meeting in Vienna. Canada’s GDP and Trade Balance data will be closely watch for fresh impulse on whether any easing from the BoC will be needed.

USDCAD is seeing major resistance at 1.3232 which is a 50% Fibonacci retracement, 100% Fibonacci extension.

London Open: Optimism giving way to de-risking into the weekend as traders dust off old playbooks

As uncertainty grows around the economic recovery front, the more cause for investors looking to book profits

Asia Open | Oil: With the US states representing 40% of the population rewinding reopening plans, little else needs to be said to put the US economic outlook in perspective.

Oil gives up this week's hard-earned gains – and then some; Economic reopening enthusiasm takes a turn for the worse; Oil bulls remain a jumble of nerves.