Weekly Preview: FOMC Meeting on Focus and a Rate Cut Is Widely Expected 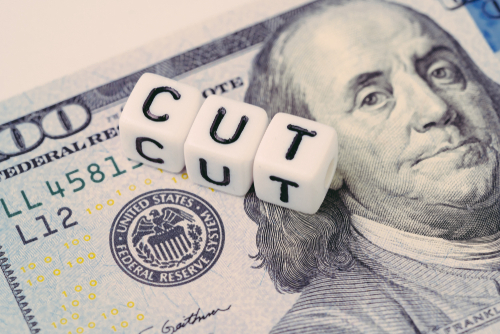 USD continued to see weakening economic data this week with durable goods orders falling for the first time in three months. On Thursday, U.S economy Orders dropped 1.1% in September vs. 0.8% decline forecasted by economists. Shipments also declined, a sign that business investment remains soft amid the continuing tariffs wars from the U.S.-China trade war. The Fed has cut interest rates twice this year, and investors currently see another reduction in the interest rate at next week’s FOMC meeting as the economy already shows signs of weaknesses as the trade war drags on. However, Brexit-related headlines spurred demand for safe-haven assets, including the greenback. Next week, besides the FOMC meeting, we will also see major releases, including Q3 Advance GDP and NFP, which could stop the dollar from a rebound if the data fails.

Pound could edge lower as signs of Brexit optimism fades after Johnson seeks an election on December 12 to end the Brexit Impasse. Looking ahead, with the Brexit decision showing no signs of progress along with a potential UK election coming up, we could see the Sterling slide lower with Brexit and political uncertainty weighing on the currency. On the data front, investors will be keeping a close watch on the housing prices and consumers data numbers where missing estimates could add on to the bearish pressure.

EUR slid lower as Mario Draghi’s final speech as the ECB’s president offered a gloomy assessment of the Eurozone, indicating "weaker growth momentum". Moving forward, ECB will be keeping rates on hold while restarting bond purchases from 1st November. On the data front, investors will be keeping a close watch on the Eurozone's Consumer confidence, GDP, CPI, unemployment rate data as well as Germany's CPI and retail sales numbers where missing estimates could cause the currency to edge lower.

Safe havens, including JPY and CHF, have been driven by headlines about the trade war and Brexit progress. JPY traded sideways this week as trade tensions ease, but Brexit concerns persist. Next week’s BoJ meeting is likely to hold the interest rate unchanged. The BOJ’s “tankan” survey showed that while manufacturers were reeling from slumping global demand, capital expenditure and service-sector mood were holding up. Besides, with the U.S. and China agreeing on a temporary pause in a trade war, BOJ could relieve some pressure off. If BOJ indeed keeps the stance unchanged, it could bring some support to the weakening JPY.

AUD has whipsawed this week as the optimism over the trade war ebbs and flows. Trump stated earlier this week that the trade deal with China was “coming along great,” adding that he hopes to sign an agreement with China at the Chile APEC summit, scheduled for next November. But on Thursday, Mr. Pence heavily criticized a wide range of Chinese policies, from intellectual property theft, making the trade tensions back in the market again. Next week we will see Australia CPI, building approvals. Recent data has shown a mixed picture while manufacturing and service PMI both hold well above the contractionary territory. It is still likely that the economic data next week could print robust growth, and strengthen up AUD.

NZD edged up due to better than expected trade balance data. New Zealand trade deficit narrowed to NZD -1.24B in September, down from NZD -1.63B, slightly better than expectations of NZD -1.38B. Exports rose 5.1% mom to NZD 4.47B. Imports dropped -2.1% mom to NZD 5.71B. This brought some ease to the currency, but in the long run, the market is still worried about the economic growth under the influence of the trade war. NZD could head south ahead of next week’s ANZ Business Confidence and building approval data.

Last week CAD rallied on improved market risk sentiment as US and China trade negotiations are showing encouraging signs of progress, with China starting the purchase of US-agricultural products. Meanwhile, Lonnie is also supported by higher oil prices as a result of tightening crude supplies, with the North Sea Forties Oil pipe temporarily shutting down on Thursday. Looking ahead, investors will be keeping a close watch on Canada’s GDP number and BOC’s interest rate decision, which could help to prop the currency higher should they meet estimates.