Home / Blog / Market Analysis / Weekly Preview: 5 Currencies to Keep an Eye on for the Week Ahead

Weekly Preview: 5 Currencies to Keep an Eye on for the Week Ahead 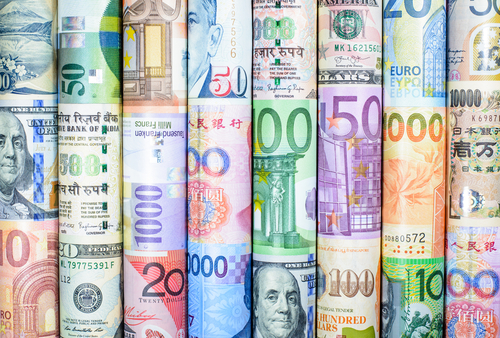 USD opened lower at the start of the Asian trading session this week despite strengthening greatly on the better than expected Non-Farm payroll (NFP) last Friday. Data released showed NFP number on Friday night surged by 266,000 in November, better than the 187,000 expected by economists polled by Dow Jones, helping USD pare some losses. This week we will have FOMC meeting in focus, but the market is not expecting a change in the rate. The key focus should still be the US-China phase one trade deal that has been on-going and has yet to reach a key decision by both sides. Further, retail sales and core CPI number released later in the week should also help determine USD direction.

Last week, Pound rallied to its 7 months high against the greenback as markets stepped up bets for a Conservative victory in the general election on 12 December and we are likely to see a sustained rally as investors factor this in. On the data front, investors will be keeping a close watch on the GDP, manufacturing production numbers. This Thursday, we would have the parliamentary election result out. Poll-tracking data suggests that the Conservative Party is maintaining a 10-percentage point advantage over Labour. Market shows more optimism over an EU-UK Brexit deal, given that the Conservative party has been leading the election race since a month ago and an election win is within reach. A shock loss could see the GBP drop much lower.

The JPY drop last week was triggered by the trade optimism that the Phase one deal is near, according to Bloomberg news. This week the market is expecting more details on the trade front. If the market optimism continues, safe haven JPY could continue the drop as investors look to take a more risk-on stance. Domestically, Japan's economy grew at a much faster pace than initially estimated in the July-September quarter thanks to stronger-than-expected spending by companies, government data showed on Monday. Going forward, we will still have the Core Machinery Orders m/m in focus on Thursday. However, key focus is still the trade war that JPY is likely to follow in the near term, if the Phase 1 deal is indeed near, we would expect JPY to weaken further.

EUR skyrocketed against the greenback last week, driven by a broad dollar weakness as US’s manufacturing PMI data fell short of expectations along with positive surprises in the Eurozone’s data. Towards the end of last week, however, the unexpected positive NFP data coming out from the US caused the EUR to pull back and return much of its gains. This week, the currency could pare recent gains as investors anticipate Germany’s trade, CPI and economic sentiment data and as well as the Eurozone’s ZEW economic sentiment and industrial production numbers. Further, the currency could be seeing higher volatility with the ECB’s interest rate decision due next week as well.

AUD strengthened greatly last week before tapering and moving sideways. This was despite the fact that domestic data last week generally underperformed against economists’ forecasts. This could, therefore, most likely be attributed not to AUD strengthening but to USD weakening greatly. This week would be a news heavy week for AUD with RBA Governor’s Lowe speech and Mid-Year Economic and Fiscal outlook early at the start of the week along with Westpac’s consumer sentiment. A hawkish tone set by RBA’s Governor along with good data releases will see the AUD strengthen barring further negative developments in the US-China trade talks.