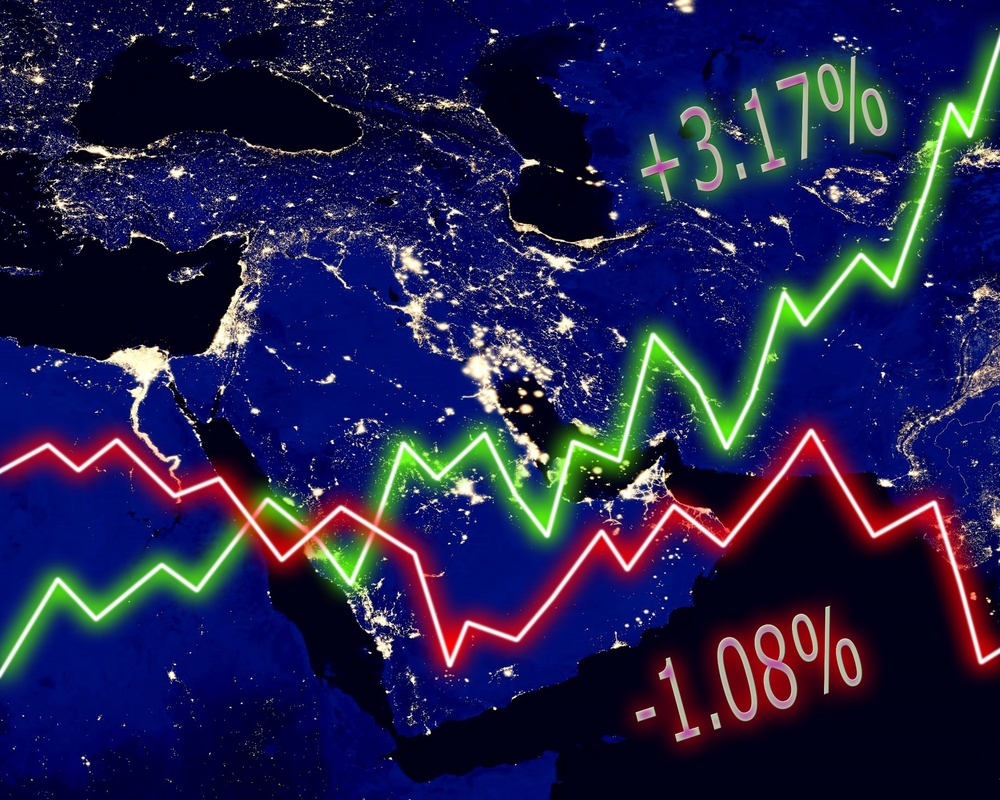 It’s not been the start to the year investors were looking for as immediate concerns fall on Iran’s retaliation in the wake of the US airstrikes.

The moderate, knee-jerk risk-off move (dollar slightly higher, oil/gold higher, equities lower and yields ticking down) could very well be a bit of an overreaction. But fears over just how far both sides are willing to escalate the situation are likely to limit the extent to which these haven hedges unwind.

But even $65 WTI oil (currently $63) is unlikely to be a significant hindrance to the US consumer. And unlike the attack on the state-owned Saudi Aramco oil processing facilities at Abqaiq towards the end of 2019, the surge in oil prices is being driven solely by an increase in geopolitical risk and war premiums, not a supply disruption.

This dissimilarity creates a significant differentiation when factored into current supply and demand calculations. The former we can quantify, the latter we can't. So, into next week the focus is already back on the next wave of Middle East headlines to move markets, rather than the follow-through of last week's US military actions.

Could Iranian retaliation change this calculation? Yes! But the likelihood of a retaliatory strike of significant magnitude is remote.

Iran will surely respond but could fall short of a typical military strike on US hard assets; Tehran needs to have just enough flame to mobilize local nationalist support.

Judging by the scale of the mass domestic protests, Soleimani’s regionally aggressive soirees have been viewed negatively amidst a worsening economy and local fuel price skyrocketing. Who knows, this US action might have the effect of boosting the theocracy with the Ayatollah considering this as a win and deciding to wait out the US election outcome?

But there’s no denying the enormity of long-term geopolitical repercussions of the latest events, even more so when considering the possible knock-on destabilising consequences which may impact Iraq’s fragile state. Indeed, this is a considerable tail risk for oil prices given Iraq's status as OPEC # 2 producer.

However, it belies the fact Iran's crescent of influence stretches from Lebanon to Pakistan, which creates a more substantial tail risk given  US actions could create extreme instability in the entire region.

As for immediate concerns, the period traders care most about, there's been open outcry from world leaders for both sides to exercise restraint, which typically ensures a bit of a cooling-off period.

While Iran is in no position financially to provoke a more orthodox war with the US, there's always the lingering fear of a policy mistake if Iran bombs US-backed regional enemies Saudi Arabia or Israel, which could then trigger a significant flashpoint.

But stealthy attacks on Gulf shipping lines and other vulnerable targets in the global oil supply chain remain the most likely/effective response with the intent of pushing up oil prices in a US election year.

The biggest problem for risky assets, like equities, is the US Middle East strike undercuts the overall "blue sky" constructive sentiment expectations. Now investors must deal with the possibility of a sudden adverse tail risk event as the prospects of a Middle East war is a mightily huge tail risk to hedge.

This is where gold enters the picture.

The glittering gold appeal has taken on even more lustre. Unlike most assets, gold's directional bias after Soleimani's death has been reinforced. With the S&P 500 trading near all-time high and the markets trading with strong positive risk bias, gold is by far the best hedge in this environment and should attract more buying, even from those who tend not to fiddle with gold.

On Friday, gold touched above the critical resistance of $1550/oz and is now within shooting distance of the cycle-high 1557.06/oz. But, on a break above $1557/oz, traditional players could buy the anticipated break out, which could be a huge catalyst.

However, it’s the significance of gold as a long term non-traditional hedging avenue that continues to resonate among investors which suggests gold could even remain bid against the most robust global currency in this environment, the US dollar.

In general, outside the Yen, the Forex market's prompt response to the potential oil shocker has been as expected.

The US is oil dependent and a colossal producer so the US dollar could ultimately be the preferred hedge over the Yen, given Japan’s oil dependency. On Friday the Yen reacted to risk aversion around the heightened Middle East war premium and not the prospects of higher oil prices.

It is estimated 82% of Japan's imported oil came from the Gulf in 2019 – more than the next most-vulnerable country, South Korea, which imported 77% of its oil from the Persian Gulf, based on January to November 2019 data.

Hence the reason risk aversion in ASEAN currencies started with USDKRW and slowly spread to other regional pairs as investors sought out the safety of US-backed assets. Local currency weakness is likely to extend, especially amongst oil importers, unless the political turmoil between the US and Iran abates.

Despite the Euro falling on the typical risk-off EURJPY selling, the Euro could hold up given it has a substantial current account buffer to offset any pass though adverse effects from rising oil prices.

On further Middle East escalation, we could see a more intense currency rotation out of the ASEAN oil dependant basket (KRW-INR-CNY) into the North American energy sufficient bucket (USD-CAD-MXN).

With the news dominated by Iran, it’s easy to overlook a pretty busy week focused on labor market data, with the December employment report on Friday providing an essential update on US jobs data. With the US economy entirely dependant on the US consumer, the active labor market is critical to any Fed on hold view over the near term.