Home / Blog / Market Analysis / Hot Topic What’s a Bear Market? And Are We Heading into One?

What’s a Bear Market? And Are We Heading into One? 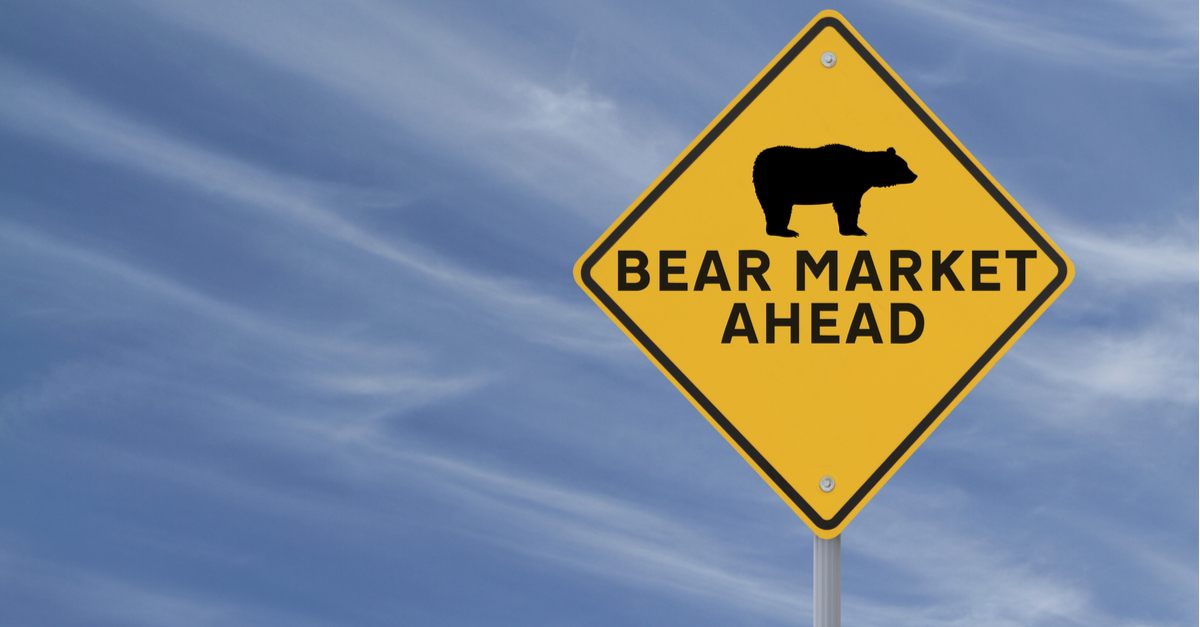 The term ‘bear market’ is thrown around quite a bit, but what does it mean exactly – and is one looming now? Although any tendency to drive asset prices lower can be described as bearish, common consensus is that a ‘bear market’ occurs once an index or stock has lost 20% of its value from recent highs. With mounting economic and political uncertainty being seen across the globe, stock markets are becoming ever more skittish, so the question many are asking is whether we’re going to see another bear market any time soon.

Was there a bear market last year?

US equity indices tend to be where the bulk of attention is focused in terms of bear markets. Indeed the Dow Jones 30 index just stopped short of dipping into bear market territory at the end of last year when it slumped from a closing high of 26,828 on October 3rd to 21,792 on Christmas Eve. Convention states that end of day prices are used when calculating bear markets, so that made for an 18.8% decline.

Stock markets roared back to life in the first quarter of 2019, with the Dow recovering most of those losses from the end of last year. The index posted its most impressive quarterly performance in five years, whilst the S&P 500 index saw its best quarterly run in almost a decade. This was all driven by hopes trade disputes would be settled, the realisation that the US economy wasn’t going to tumble into recession and the Federal reserve calling time on its policy of rate hikes combining to create a supportive environment for stocks.

Are we close to a bear market now?

But with confidence ebbing away again as global trade woes show no sign of disappearing, are we heading for another bear market? On April 23rd, the Dow closed at 26,656. Three weeks later and it has slumped to 25,325, a decline of around 5%. The market has turned around however with around 50% of these losses having been recovered as of 16th May 2019.

Trade the US 30 (based on the Dow Jones Index) with AxiTrader. Open an account here.

A glance at individual stock performance shows a more worrying picture. Of the 30 DOW constituent firms, eight are now trading more than 20% below their recent highs. Some of these have been well covered, such as Boeing, down 20% from its price at the beginning of March following the grounding of its 737-MAX planes or 3M, the makers of Post-it notes, down a similar amount since announcing a profit warning late last month. At General Electric the picture is one of long term decline with shares having lost over 60% of their value over the last two years.

Are any shares doing well?

There are however bright spots in the Dow Jones. Apple shares which fell into bear market territory late last year have recovered over half of its losses despite no progress being made in the China-US trade talks. Shares in McDonald's and American Express, again constituents of the Dow-30, are currently both trading close to all-time highs, too.

Much could happen in the months and weeks ahead, from the threat of war in the Middle East to a prompt resolution to global trade disputes. The Federal Reserve may decide to switch tack on monetary policy too – these are all factors which could impact the health of the stock market. The Dow may have lost hundreds of points but for now anyway, this is still well outside of bear market territory.

AxiTrader now allows you to trade market volatility with the VIX Index on offer. Open an account here.